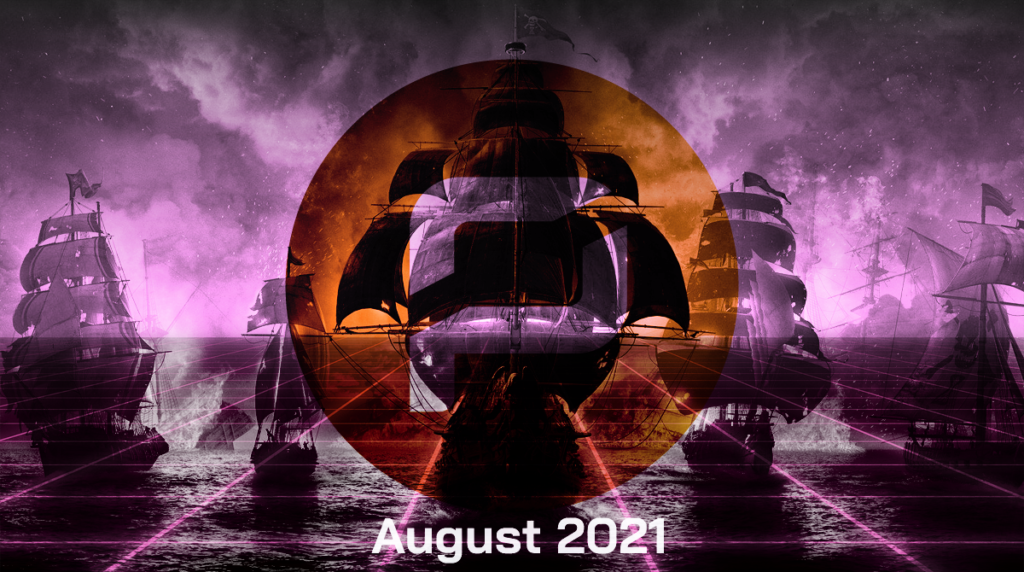 Ahoy Pirates! July was a great month for Pirate Chain. The Freedom Fest event was a tremendous success thanks to the hardwork of Benny and his events crew. We released our light code audit. On the fun side of things, we announced Pirate Life Casino, a casino powered by Night Life Crypto, where you can play casino games with ARRR! It’s always amazing to see the Pirate Flag raised all around the world! We are one,  we are Pirates!

Pirate Chain will be undergoing its 4th Halving Event next month! Mining rewards will be halved from 32 ARRR to 16 ARRR! Learn about Pirate Chain’s emission halving in this articolul.

Supply is decreasing, get your ARRR while you can! 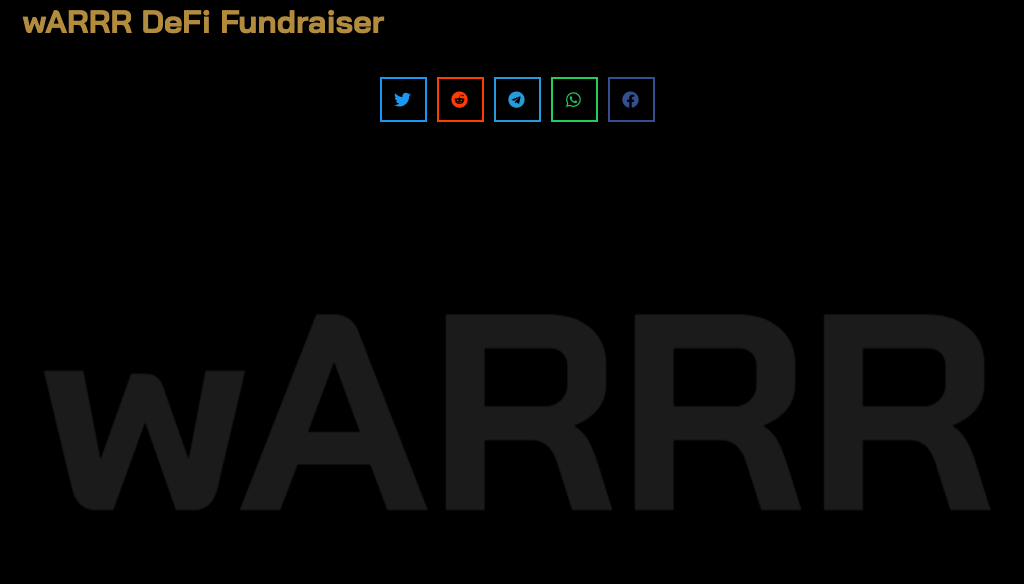 The wARRR fundraiser was put up in July, with a target goal of $16k and we are proud to announce that we have met our target. The final stage of work has begun on the gateways, portal and bridge. Thank you to all the Pirate community for rising to the occasion and supporting privacy for world.

Whilst many cryptocurrency projects try to find utility for their coins, few actually make successful steps in that direction. Pirate Chain has been making considerable headways both with technological support for merchants and service providers. As part of that community effort to increase adoption and utility, Pirate Chain is now seeing the launch of a new online and fully on-chain based casino that utilizes ARRR as it’s currency.

It’s first game, Roulette, is available now. To play, head over to PirateLife.Casino and click on the play now button on the top right of the page.Click on create account (or, you can login using an existing account from polarity via seedphrase or email), enter in a password and copy down your seed phrase. After registering, you can go to your account by hovering over the user image on the top right and clicking account. From there, you can deposit and withdraw. All wallets, just like in polarity, are non-custodial. (Also, you can click on the “Chaos Mode” button in game to see all the bets placed on the table). 25% of the casino profits go towards Pirate Chain marketing!

“The Ultimate Summit for the Liberty Movement FreedomFest is an intense three and a half days, and it’s different from any conference you have ever attended. Where else can you attend yoga in the morning, listen to world-renowned speakers on finance or geo-politics after breakfast, choose from among a dozen breakout sessions with the world’s brightest thought leaders in the afternoon, watch a movie (and meet the director) throughout the day, judge the contestants in an Entrepreneurs’ Competition, and end the day with karaoke? Plus, this year, you can choose to join a number of official excursions to world-famous destinations of Mount Rushmore, Crazy Horse, and Deadwood with other FreedomFesters.” 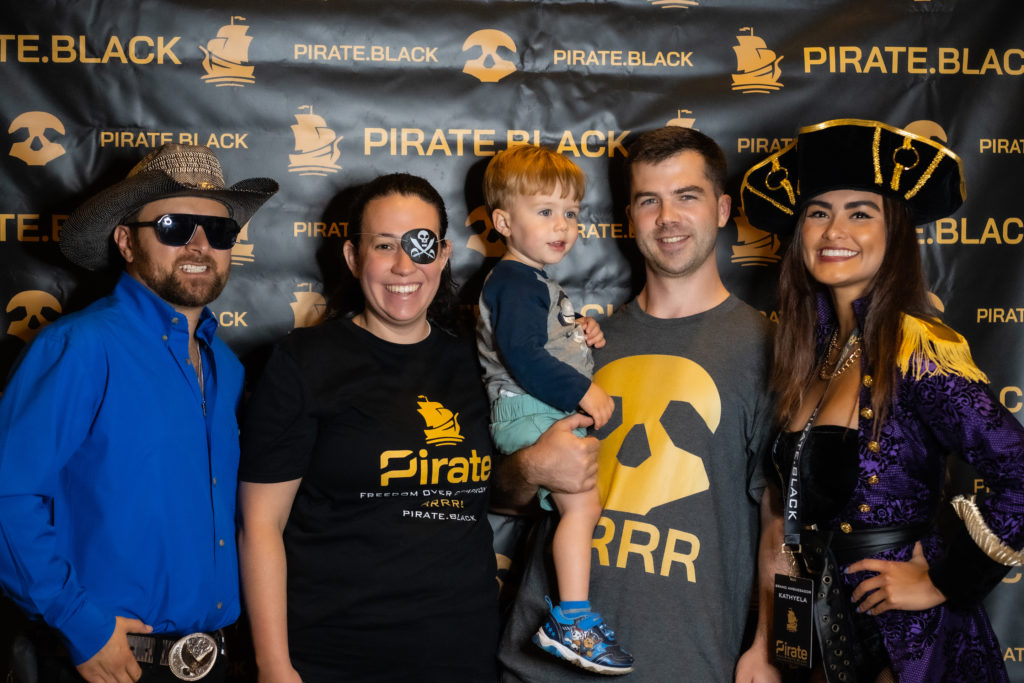 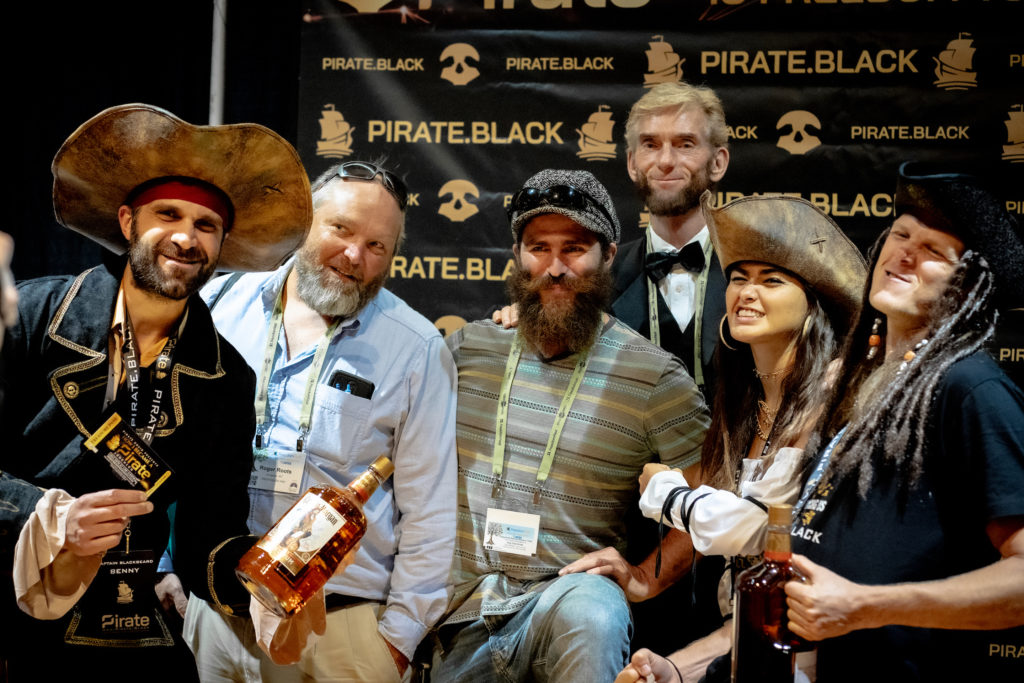 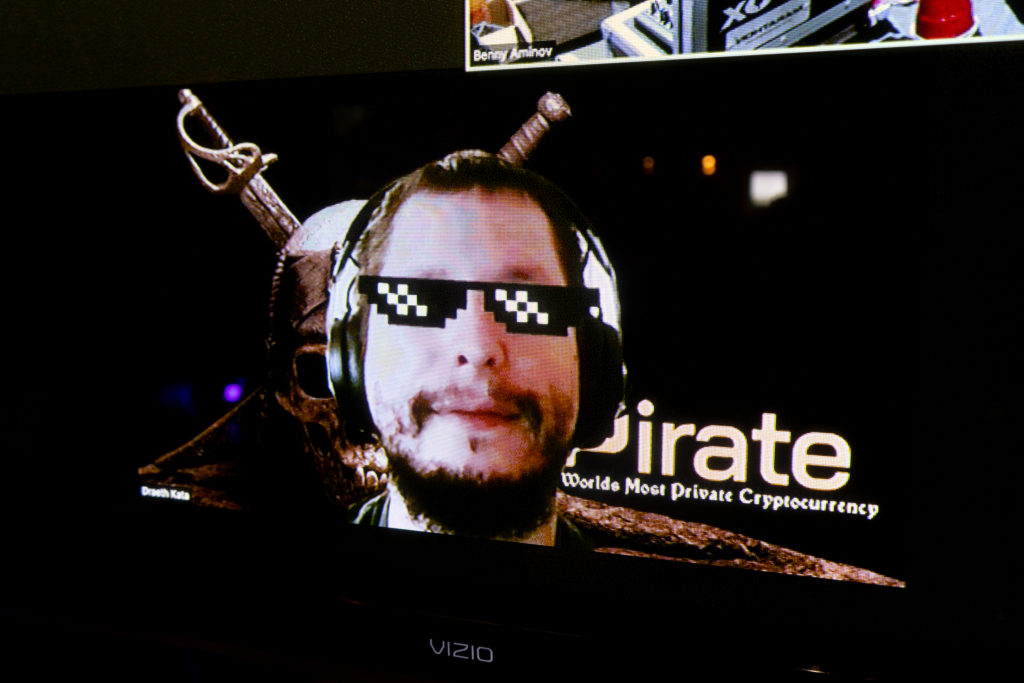 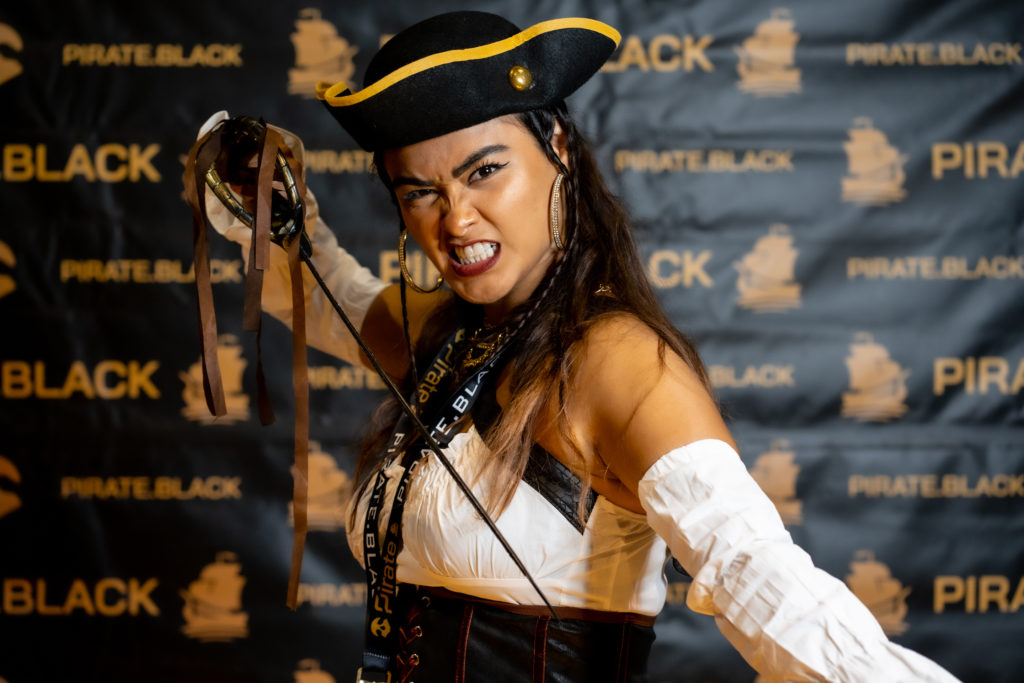 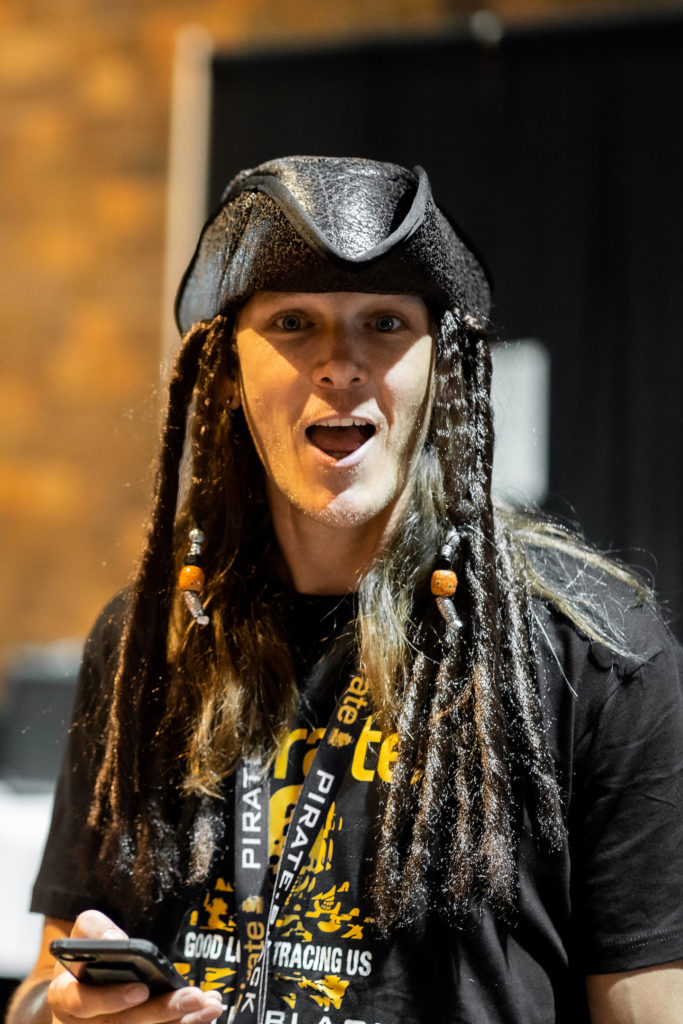 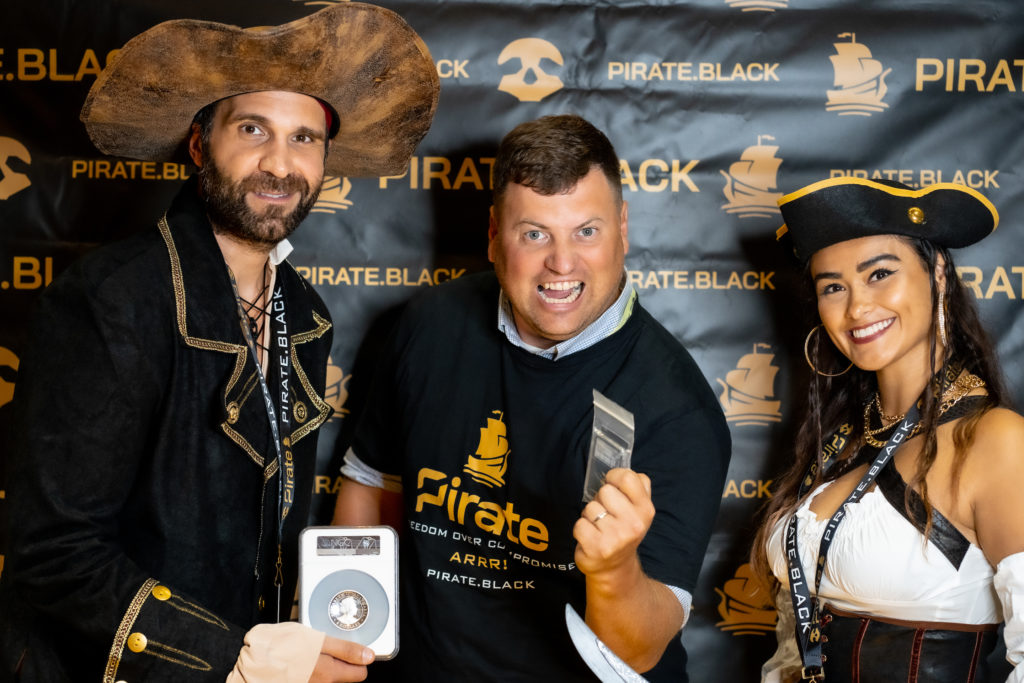 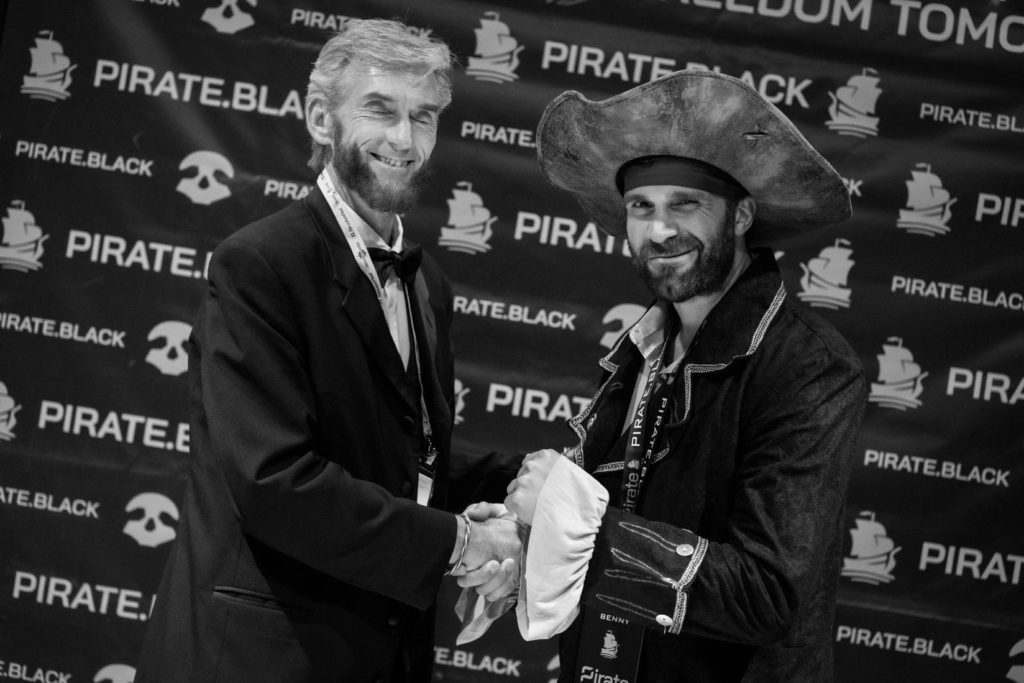 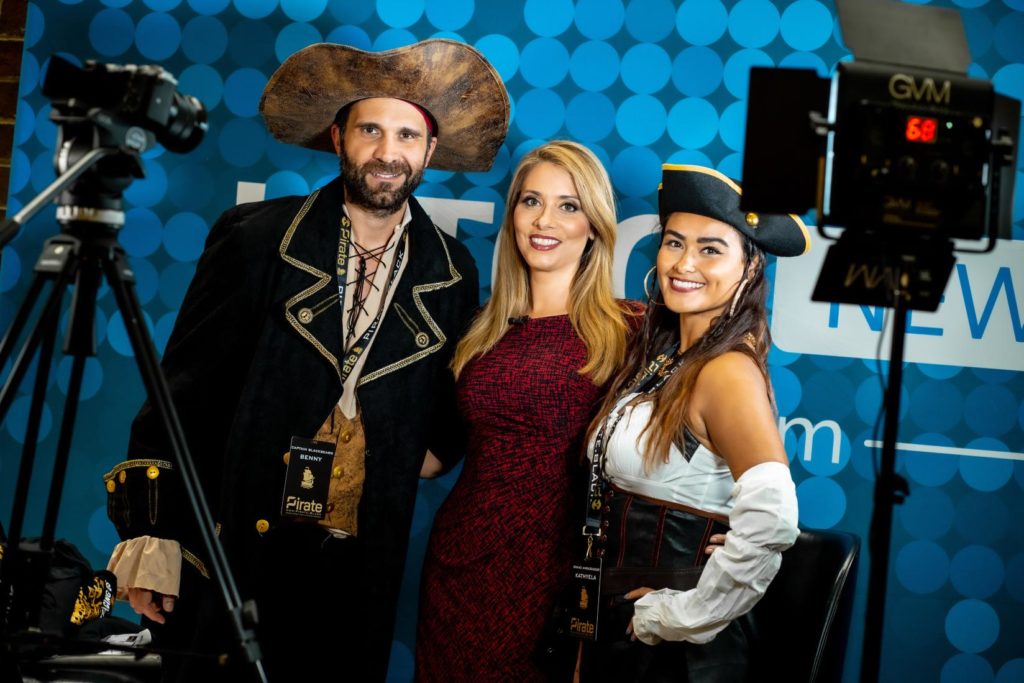 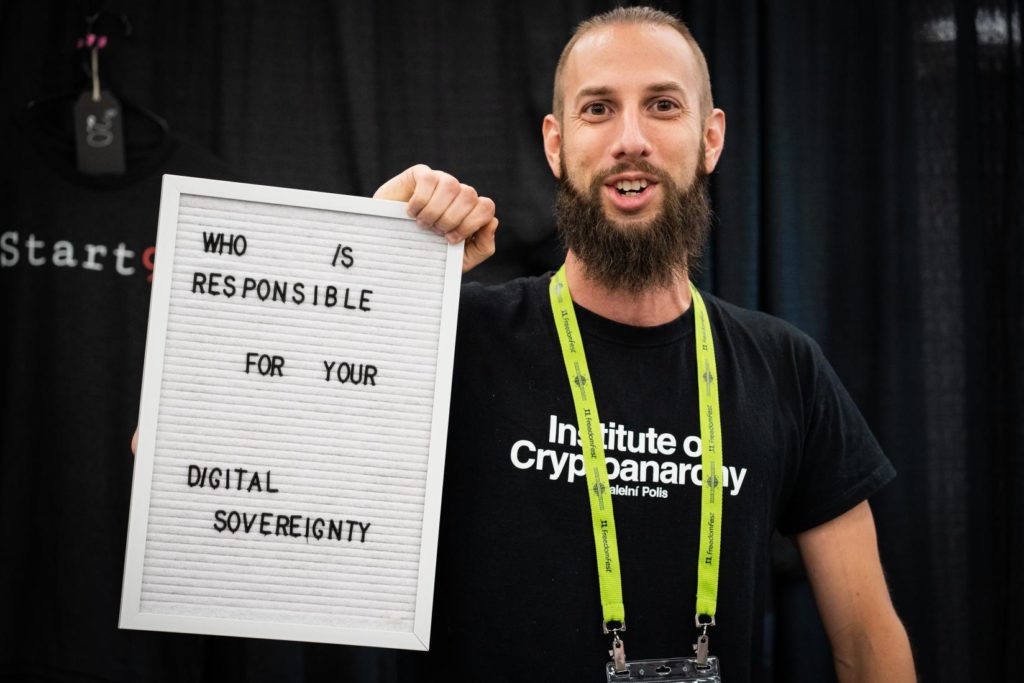 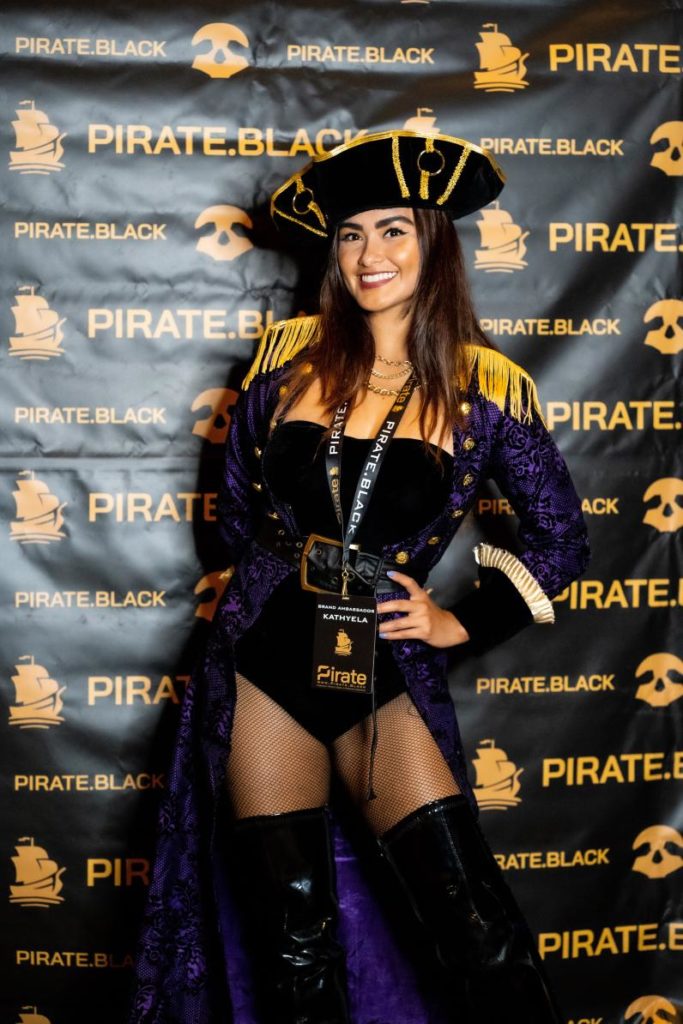 To commemorate Pirate Chain’s 3rd Birthday Halving – we are holding digital art competition for the first limited edition ‘Genesis’ NFT series. And for this we hailing all Pirate artists across the seven seas!
We are looking for Pirate-themed digital art entries, drawings or painting. Music or Pirate sounding audio clips are encouraged. Get your creativity ready for something new, for the chance of being one of the first pirate artists recognised by the best community out there.

There will be 3 Winners:

Check out the instructions in the #pirate-nft-art-contest channel in discord!

The resounding success of the Official Pirate Chain Theme Song by LoPhatMelk și The Quarter Master has sent sonic wave across our community! To celebrate this Pirate music fest we are launching a Music Remix competition with the opportunity to win 200 ARRR.

Competition Steps:
1. Create a rmx of https://youtu.be/RhRWM1WW6ak
2. Submit it on discord to +dreamTim , The Quarter Master or LoPhatMelk via DM

Do not publish it before it is submitted here

Existing remixes will automatically qualify for this competition

Translated versions verified by the team are eligible
The tracks will be judged by:

The General Public
The deadline for submissions is 31st of August 2021 <—- Hurry!! Ends this month!

Here are some of the submissions in July:


Invest with Fire reviews the B word conference, the global attack on privacy coins, and the importance of Pirate Chain

ALERT: For any Pirate who wants to raise the Black and fly a Pirate Flag, please dm Seko on discord. Firstmate Seko will sponsor the purchase of any flag!

Buy a pirate chain flag and get $5 off in $ARRR. Enter coupon code.@seko1900 will sponsor the purchase of any flag. 🏴‍☠️

We as #ARRRmada will also donate $7.77 #ARRR to anyone who actively uses this flag. For #peace, #freedom, #independence și #privacy.

A few days ago, firstmate Kosius published a spectacular article shedding light on all the fud that’s been thrown at Pirate. We appreciate every Pirate refuting these baseless fud. And Kosius did a terrific job putting together a robust response to all the nonsense. Please free to copy and paste this link (https://kosius.medium.com/opposing-the-power-of-lies-bullshit-and-fake-news-monero-community-is-lying-to-you-about-pirate-8ad31091ecac) whenever you encounter any fud.

In tandem with Kosius’s effort, here is a set of fud responses that I put together a few months for Pirate’s telegram channel:

1. dPoW: Either this person doesn’t know how it works or is intentionally just stringing words together to suit their purpose.

— Pirate is mined with proof of work. Period. Just like any other proof of work coin, miners get rewarded with newly minted coins.

2. ASICS: just like any proof of work blockchain that can be ASIC mined, the hashrate will be dominated by machines with more efficient mining power. That is just how technology works. Same with Bitcoin.

— “ASICS who have hoarded the entire supply” clearly this fudder is just stringing words together. ASICS mine blocks and rewards are produced for the work. ASICS cannot hoard, they are just the engine that do the work.

— “and the notary nodes have complete control over the rewards” once again, this fudder has absolutely no idea how things work and is just intentionally mixing technical features with their own agenda. Notary nodes have *nothing* to do with Pirate’s block rewards. Entirely separate processes.

— I would bet that Fishy Guts can explain notary nodes better than this fudder can.

3. Notary node elections: notary nodes are an added security service. Why do you need a home alarm security system if you have locks on your door? For the extra security. The lock does its function and the house is fine without the home alarm system. The home alarm provides an extra layer of security. Any cryptocurrency can request Komodo to use this service for additional security. As a service that Komodo provides, it certainly makes sense that the Komodo ecosystem uses its own tokens to vote on the notary nodes providers.

4. JL777: JL has been nothing but an outstanding leader of the Komodo project. Komodo was launched with an ICO, by definition, a premine was required to perform the ICO.

5. Pirate product: Rarely seen in crypto, Pirate’s product was technically complete at launch, ie, the blockchain worked efficiently (as did Komodo’s, ZCash’s and Bitcoin’s) and the privacy protocol remains best in class to this day. Future technological innovation is not prerequisite for contemporary functionality.

— Products: once again this fudder is just fabricating falsehoods. Despite having no block mining rewards taxed for to go to the core team (as seen in Monero and Cash), Pirate has released several products built in-house by community contributors: (1) the world’s first z-z shielded-only mobile wallet, (2) a privacy-centric desktop operating system, (3) a merchant gateway designed for optimal client privacy, and several more in active research and development.

6. Trusted setup: a fudder favorite. I believe that almost all fudders do not know how this works.

— An elaborately secure and randomized process was undertaken to generate a set of parameters for use with zk-SNARKs. This multi-party computation involved 87 participants that had to generate data from multiple sources individually and separately all around the globe. All 87 participants would have had to be in cahoots prior to the process and store data from the ceremony to reproduce the parameters. The entire setup remains secure and irrefutable as long as there is 1 honest participant out of the 87. The parameter set has never been violated.