Página Inicial » Blog » The Most Anonymous Cryptocurrency Listed on SafeTrade 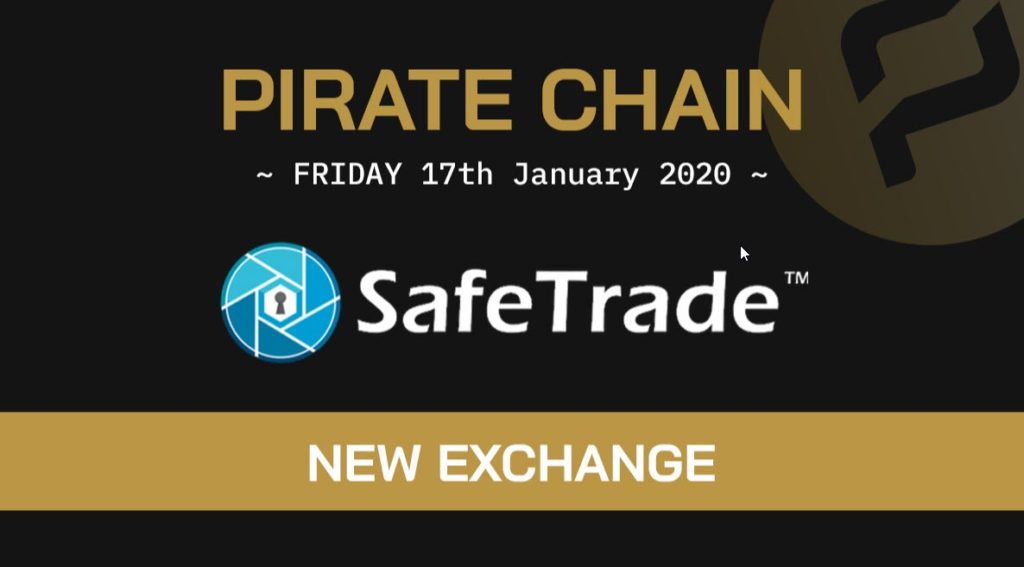 SafeTrade is the latest addition of cryptocurrency página de exchanges for the ARRR cryptocurrency. Shortly before CoinEx added the ARRR/BTC pairing joining an ever-growing list of exchanges, alongside Altsbit, TradeOgre, Citex, Graviex, Bilaxy and P2PPB2B.