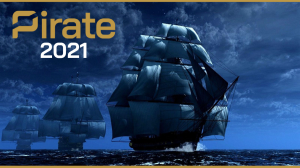 Preamble Happy New Year, Pirates! Let’s hope for a refreshed and renewed 2021 that will be much better for all! After two and a half years of publications, we are changing the name of the newsletter to The Pirate Post. The last month of 2020 certainly was full of celebrations and surprises. Pirate celebrated its 3rd halving! We saw new all time highs in BTC and the stock market. We also celebrate a much deserved firstmate promotion. Read on for more details!   Project Updates Pirate Chain Halving #3 On December 2nd, 2350hr UTC, Pirate Chain underwent its third halving event. Mining rewards were reduced from 64 to 32. […] 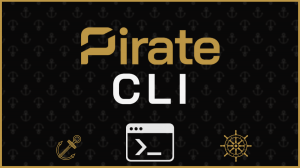 2021 Update Ahoy mateys, First Mate Kaks has put together some instructions on how to run Pirate using CLI. We hope that you find them useful. CLI commands   Daemon To run the daemon for PirateChain (use also the next command if running for the first time): Copy to clipboard Bootstrap If you are running the pirate daemon for the first time, to sync faster it is recommended to download the “blockchain files” by using the following command: Copy to clipboard getinfo The getinfo method returns an object containing various information about the wallet and blockchain info. Copy to clipboard getwalletinfo The getwalletinfo method returns an object containing various information […] 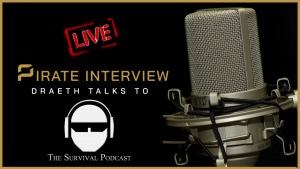 Ahoy Pirates, Pirate Chain captain Draeth appeared twice on The Survival Podcast. He got the opportunity to introduce Pirate Chain to a new audience and discussed a number of burning issues in the space of personal and financial privacy, amongst others. What was discussed? Some of the areas covered in the two interviews: 🦜 Wallet issues and resolutions coming soon 🏴‍☠️ The BPSAA Alliance and it’s relationship with Pirate Chain 🦜 Future projects in the pipeline 🏴‍☠️ Privacy in general (on a personal and financial level) What is the Survival Podcast? The survival podcast is a very popular online talk show by Jack Spirko. It is dedicated to modern survivalism, […] 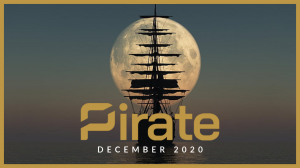 (graphics courtesy of DreamTim) Preamble Ahoy Pirates! November was a great month for Pirate. In addition to project highlights on the PiratePay app, we have had some really terrific and insightful podcast interviews last month. Don’t miss out on the Pirate Chain interviews on The Survival Podcast and the Gold, Guns ‘n Goat podcast. This is also the last monthly newsletter for 2020, so we’ve updated our roadmap to highlight Pirate’s accomplishments despite this tumultuous year. The editorial at the end of this newsletter reviews some of the noteworthy achievements from each month of 2020.   Project Updates PiratePay is in beta testing The Pirate team is proud to announce […] 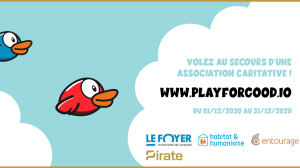 On December 7th, 2020, Pirate Chain announced that they will be sponsoring the Play for Good charity event. The event’s main aim is to help the homeless during these trying times. For one month, at playforgood.io, young and old people alike can try to become the champion of the most famous online game: Flappy-Bird. Challengers of a new kind: their Flappy-Bird will wear the colours of an association that they have chosen to represent. They also can, if they wish, to donate and support the association in real life! Pirate Chain’s goal was to raise 2500 ARRR (approximately $500 at the time of the announcement), with Captain Draeth personally […] 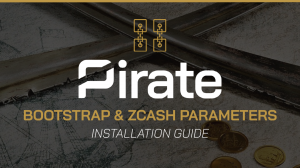 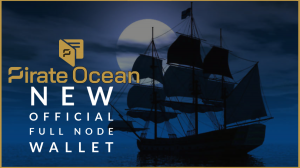 Pirate Ocean (Native QT Full Node Wallet) The Pirate Chain team is happy to announce the release of a major update to the Pirate Ocean wallet. Pirate Ocean QT was first created and maintained for several years by Pirate Chain team member and pool owner, ComputerGenie. This latest version was created by Pirate Chain core developer Forge. He has added a number of new features and also brings a number of code improvements. Why Is This A Significant Release? Apart from the cool new user additions, due to the nature of privacy technology, developing wallets for z-z only cryptocurrencies is more difficult than in most other chains. This is […] 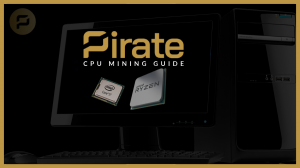 Multimining is a concept that first appeared when Proof of Stake was the new fad. Miners who enjoyed years of Proof of work were left out and only investors reaped the benefits of a PoS coin. Eventually pools got smart and invented the concept of a Multi-Pool. It is such a pool we will be using to mine Pirate Chain (ARRR). In this example we are using http://zergpool.com/ (alternatively you can also use http://www.zpool.com/). WARNING – MINING CAN OVERHEAT AND BREAK YOUR COMPUTER We will be mining Verus Coin in this guide because its the most lucrative CPU coin at the moment. So grab your plums and focus for a […] 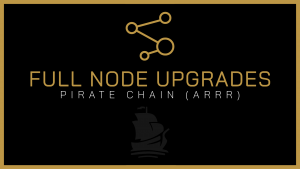 Pirate Chain (ARRR), the Privacy Blockchain has made several improvements to full node functionality. This change will mainly improve the functionality and reliability of wallets. Pirate Chain wallet owners will notice the most significant improvements. But there are also good news for traders. The upgrades will also help exchanges handle transactions in a more efficient manner. This means a leaner operation and less downtime for wallet maintenance. So let’s have a look at the particular areas of improvement. Archived Transactions Transactions are now saved to the wallet in a minimalistic fashion so that they may be recovered from the blockchain. The new structure only contains enough data to pinpoint the […] 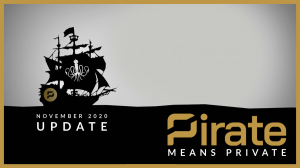 The Pirate community has come together and made significant strides in the past month. This month’s issue covers many exciting updates, including the announcement of a new core developer, wallet updates and anticipation of the upcoming Pirate Chain halving.   Project Updates Pirate Chain onboards new Core Developer On October 21st, we announced that Forge has joined the project as a new core developer.  Forge is an accomplished developer who has extensive experience in the cryptocurrency space. Prior to joining Pirate Chain, Forge led the development of Zero for the past two and a half years. Forge participated heavily in the core code, including implementation of masternode technologies for the […]