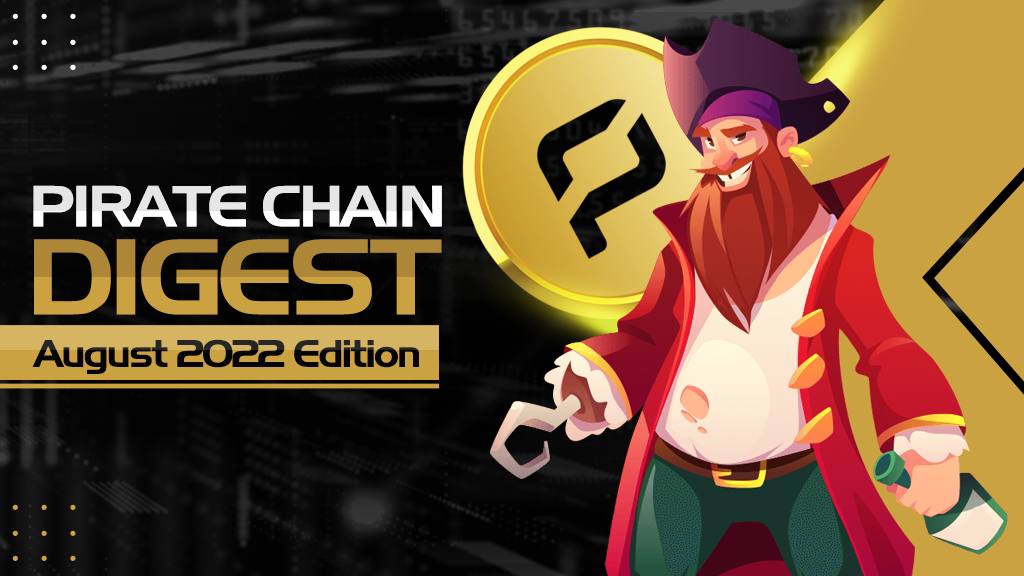 You read it right. Bitcoin has a rival, Pirate Chain, the most secure privacy-focused blockchain that ensures your financial freedom.

No, it’s not clickbait. This article will explain why Bitcoin cannot give you the financial freedom many preach. So if you are a bitcoiner, you have been warned. We’ll dare to say what nobody from the king of cryptocurrencies wants to hear.

Jokes aside, the traditional financial system is not at its best. Inflation, recession, debt, and the possible advent of a new “cold war” are working against the supremacy of the US dollar as the dominant currency (and other government currencies too). And yes, digital currencies can also act as an attack vector; proof of this is the accelerated development of CBDCs.

However, despite what you hear, Bitcoin is not the ultimate solution to all financial system problems.

The answer is simple if you wonder why Bitcoin is not the solution. A cryptocurrency focused on privacy is essential to provide true financial freedom. The latter usually arouses hatred and controversy alike in the crypto space. These reactions are due to how passionate the community is. Make no mistake, being passionate is good… as long as you remain rational and don’t deny strong arguments.

Now, what are the aspect that most concerns the crypto community regarding CBDCs? Traceability and centralized control over distribution and inflation. Governments will gain absolute control over citizens. Central banks will be able to issue different types of CBDCs, some intended for the population, others for enterprises, etc. They will know where every penny goes, and if they deem it “necessary,” they can block any user.

That said, what makes Bitcoin different from a CBDC? That is, from a privacy perspective. Let’s review some facts that may explain our point.

Bitcoin Traders in Argentina Restricted From Buying Dollars. If you don’t know, Argentina is currently one of the countries with the highest inflation in the world (close to 60% at the time of writing this post). A solution that many Argentines have found is to buy Bitcoin. Because Bitcoin is a store of value, right? Wrong. The Argentine government has prohibited users who have bought Bitcoin from accessing US dollars. You can read the details qui.

Crypto Funds Frozen, the Freedom Convoy Controversy. Another event that should be a red flag for the crypto community is the Freedom Convoy protest in Canada. To put down the protest, the Canadian government not only used force but also resorted to freezing all protesters’ funds. We are not talking about fiat money; we are talking about funds in cryptocurrencies such as Bitcoin and Ethereum. If you’re interested in learning more about the story, you can read this Fortune article.

We could cite more scandals, but you should already know where we want to go with all this.

Most centralized cryptocurrency exchanges are required to have their users complete the KYC (Know Your Customer) process. This has been one of the conditions governments have imposed on exchanges to “let them operate” in their jurisdictions. Why do you think governments require KYC? To fight money laundering? Come on, let’s not be so naive.

It’s all about control. Cryptocurrencies are a real threat to fiat money, and CBDCs are years away from being widely implemented. In the meantime, governments use their power to control cryptocurrency transactions, just as they do with physical money.

Yes, you read correctly. Get rid of the idea that using Bitcoin will give you financial freedom. Anyone can identify your wallet, both governments, and hackers. If in doubt, check out this link, Top 32 Blockchain Analysis Tools.

The truth is that you are at risk if you have your life savings in Bitcoin. Achieving true financial freedom is impossible if your portfolio and transactions are public. You are within your rights to disagree with the argument that privacy is fundamental to financial freedom. However, think for a moment, not from the heart, but reason. How would you feel if everyone could see your bank account balance and transactions?

It’s scary, isn’t it? If you keep large amounts of money, you could be a victim of kidnapping, extortion, robbery… or worse.

What we have discussed in this post is just the tip of the iceberg. Whether you want to see it or not, the transparency of Bitcoin condemns its holders to a virtual prison where they are exposed to the government and other malicious actors. That said, only user privacy-based solutions like Pirate Chain ($ARRR) have a real future.

Now, you may think that our opinion is biased. Know what? You’re right; it is.

That’s because we have compelling reasons to believe that Pirate Chain is a future-proof solution that can guarantee you financial freedom. To begin with, our blockchain is an independent asset of the Komodo Platform, which is a highly modified fork of Zcash, which is itself a fork of Bitcoin. Lost? Here’s the simple version, Bitcoin is our grandfather, we inherited a good part of its genes, but we evolved by adding private transactions and total anonymity to Pirate Chain. All of this is possible because every peer-to-peer transaction is shielded using the zk-SNARKS technology. Simply put, for outside viewers, all transactions look the same, so there is no way to connect you with a specific wallet.

Speaking of wallets, that is another point that other blockchains have neglected. Our commitment to security and privacy is such that we offer you all kinds of wallets, from paper wallets to full-node wallets.

So if you are looking for a safe destination for your funds, we invite you to join us and sleep peacefully. Take the next step on your journey to financial freedom today by following the treasure.