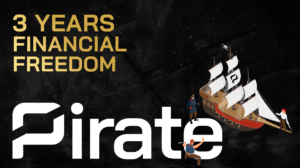 3 Years Of Financial Freedom Ahoy Pirates! Time flies when you’re surrounded by hearty mates and good times. Hard to believe that it’s been 3 years in a blink of an eye. We celebrate Pirate’s 3rd Birthday today! We started out returning the power of privacy to the users, empowering them with the option to […] 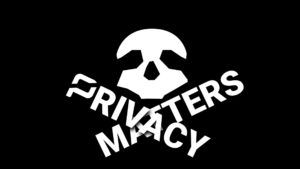 Freedom Fest 2021 Our lovely team of scallywags and deckhands has put together an overview video of the best moments at the Freedom Fest event in South Dakota in 2021. Pirate Chain (ARRR), the most anonymous cryptocurrency took part with an amazing team spreading the word about the importance of privacy and blockchain for our […] 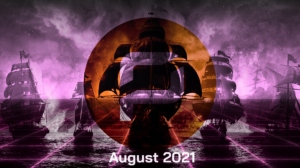 Illustration courtesy of Dreamtim Preamble Ahoy Pirates! July was a great month for Pirate Chain. The Freedom Fest event was a tremendous success thanks to the hardwork of Benny and his events crew. We released our light code audit. On the fun side of things, we announced Pirate Life Casino, a casino powered by Night […] 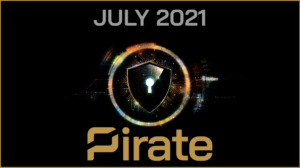 Graphics courtesy of DreamTim Ahoy Pirates! June was a busy month for Pirate Chain. Our team and community members brought Pirate Chain to two events, the Miami Shitcoin Conference and Porcfest. $ARRR was also listed on not one but two exchanges. We have breakthroughs on ARRRtomicSwaps, and we also brought you highly requested updates to […] 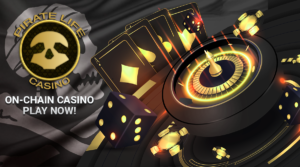 Cryptocurrency Adoption & Utility Whilst many cryptocurrency projects try to find utility for their coins, few actually make successful steps in that direction. Pirate Chain has been making considerable headways both with technological support for merchants and service providers, as well as initiatives such as the ARRRmada.com where all participants accept ARRR as a […] 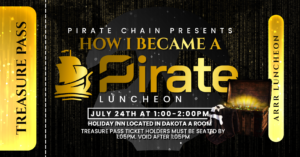 (Updated with event photos) The Event Pirate Chain attended PorcFest in New Hampshire for the 2021 event. A number of the Pirate Chain team attended the event and run several initiatives including speeches, an open-air cinema, a booth and many more. All under the control and inspiring stewardship of Benny Von who leads the organization […] 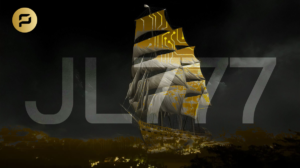 You have probably noticed that the exchange wallets are very slow, even as your own ARRR wallet is basically instant. Is this due to poor exchanges, the ARRR wallet or something else? We have been hard at work to solve this problem and the first thing to notice, was that no other blockchain is doing […] 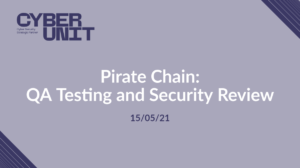 Code Audit Pirate Chain is happy to announce a Light Code Audit by 3rd-party cybersecurity firm Cyber Unit Technologies. The peer review was ordered earlier this year and was completed in the middle of May 2021. A full copy can be found at the end of this article. About The Review This assessment aims to understand […] 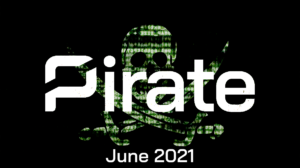 Ahoy Pirates, the Pirate team continues to bring you developments and exchange listings in the month of May. As our community continues to expand, we are seeing the number of privacy supporters grow globally too. We witnessed Pirate Chain flags flying high at rallies around the world. In this edition we talk about Wallet updates, […] 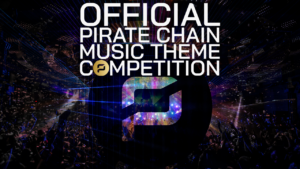 A new phenomenon was born when team member DJ_Fatal created the first Official Pirate Chain Music Theme. Since then many have created their own versions of the track in different music genres. Inspired by this community activity we are launching a remix competition with a prize of 200 ARRR for the winning tune. Win 200 […]