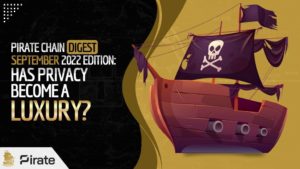 Talking about online privacy is a tricky subject. For years, we have been persuaded to believe that we are in control of our data. However, the harsh truth is that everything is screened.  The Great Deception About Citizens’ Data Privacy You may think that some laws protect your privacy, right?  If you are referring to […] 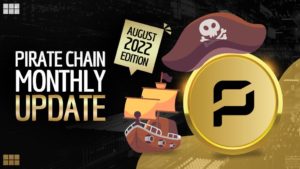 Preamble Ahoy, Pirates! We celebrated ARRR integration into the Qortal DEX Ecosystem and Pirate Chain’s 4th anniversary in August!!! Developers are working on adding another wARRR bridge, on ETH network this time, while continuing work on the Hardware Wallet. Nothing official yet, but Commander Forge and the team are brainstorming ways to make Pirate […] 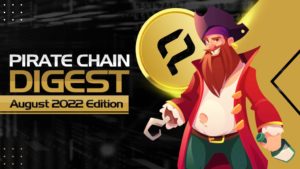 You read it right. Bitcoin has a rival, Pirate Chain, the most secure privacy-focused blockchain that ensures your financial freedom. No, it’s not clickbait. This article will explain why Bitcoin cannot give you the financial freedom many preach. So if you are a bitcoiner, you have been warned. We’ll dare to say what nobody from […] 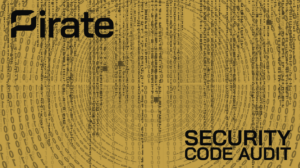 As promised, the Pirate Chain team has secured a code security review by an external third party. Reviews are part of the development process and occur occasionally to ensure that all parts of the code are scrutinized as much as possible. Why Are Code Audits Important? Making sure that the code functions as it should […] 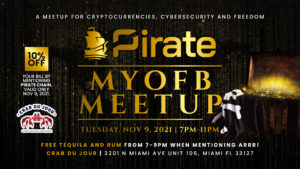 We are delighted to announce that Pirate Chain Community event aficionado Benny is hosting a meet-up on Tuesday 9th of November, from 7 to 11 PM. There will be free shots of tequila and rum when mentioning ARRR as long as many interesting people to talk to about Pirate, cryptocurrencies, cybersecurity and freedom. Date Tuesday […] 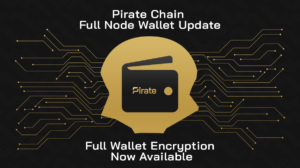 The Pirate Chain development team led by Forge has been working hard the past 6 months to release the newest version of the Treasure Chest full node wallet aka v.5.3.0. What’s New The full node wallet now has the following features: Full Wallet Encryption Every record stored in the wallet.dat for Pirate Chain can be […]

What is wARRR? wARRR is a tokenized version of ARRR on Binance Smart Chain (BSC) – and potentially other platforms in the future. wARRR allows users to exit transparent platforms and make their funds private by sending their wARRR through a bridge and converting it to ARRR (also known as unwrapping). Users convert their ARRR […] 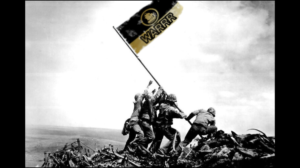 This is wARRR Pirate Chain is now entering the world of DeFi with the addition of wrapped ARRR (aka wARRR) to the Binance Smart Chain. This will happen on Monday 20th of September 2021, at 1:00pm EDT (5pm UTC). BSC was voted by the community for its lower fees compared to the Ethereum network. wARRR […] 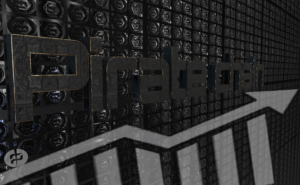 Everything in this world that is scarce, by definition, can have a price put on it. The air we breathe has no price because it is superabundant — but given the right conditions, it can be transformed into the most valuable commodity (many who have walked the plank found this out the hard way). And […] 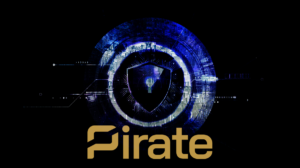 For those that would like to contact us securely and with full encryption we are sharing the Pirate Chain Public PGP key for you to do so. Step By Step Guide Download https://pgptool.github.io to securely encrypt and decrypt files. Encrypt your message using our public key Send it to us in our Keybase group for […]